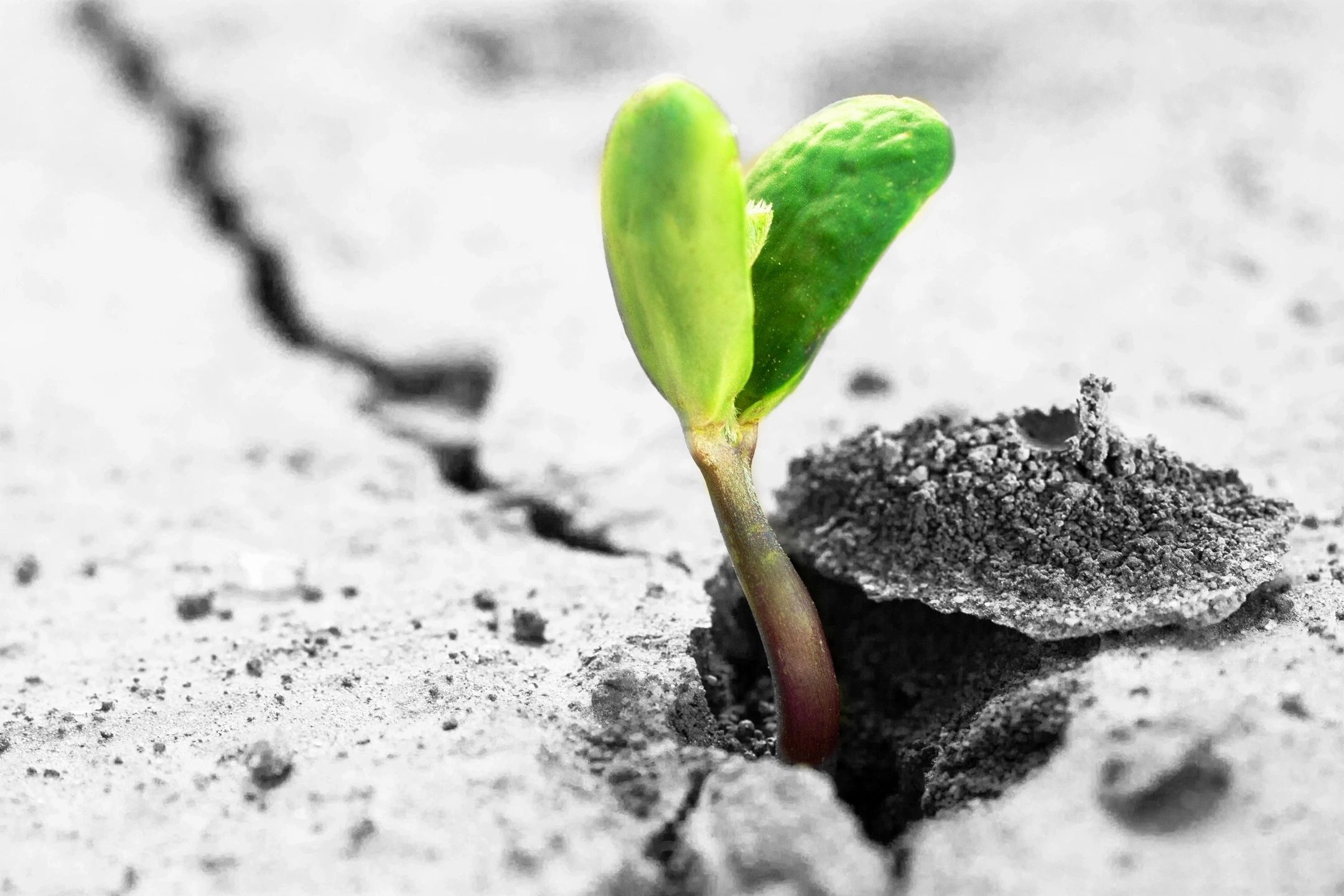 Clean Energy For Everyone.

The Essence of Who We Are.

Renewable Power Sources (RPS) is not by definition a “renewable energy" company, that is defined as “energy from a naturally occurring source that is not depleted when used, such as wind or solar power”.

What we are is a company that specializes in a new, clean, ridiculously efficient, sustainable and cost-effective method of producing electricity at utility-scale through mechanical means.

Our vision is to be recognized as the next step in the world’s energy evolution, and our promise is that we will always remain committed to bringing clean energy to everyone everywhere.

Working for the wellbeing of the world.

RPS is a globally-minded small business – a dream realized for two fathers working to do something to help make the world our children are growing into, a better and healthier place.

We are doing this with our new clean energy technology, RPS-G1, our patented Centrifugal Induced Wind Turbine Generator. This technology can produce all the electricity we need with zero-emissions, 100% recyclable equipment, and at a fraction of the cost of traditional renewables.

At RPS, our core values have always been … love, empathy, and responsibility. Love your family and the home you share; empathize, open your heart and mind and imagine what it is like to walk in someone else’s shoes; be responsible and act responsibly, whether its decisions that you make for you and your children, or decisions that can have an impact on a much broader scale, there are no excuses.

A mission statement for all of us.

We are all part of the global community, a family sharing a home that raised us all up, let’s start here and make it a better place for all people to live.

Mr. Fahad Abduldayem, our Chairman and the Inventor of RPS-G1, with the former Vice President of The Gambia, H.E. Ousainou Darboe.

The Renewable Power Sources Team meets with representatives of Altran and Engie at WETEX 2017 Dubai.

In the early spring of 2009, our Chairman and the inventor of RPS-G1, Fahad Abduldayem, had an idea. At the time, he was living in Rancho Cucamonga, California with his wife and 3-year-old son, and waiting to be accepted for admission to CalPoly.

While he waited, he bought a conversion kit for his car, a 1992 Honda Civic. The kit was to convert the car from a combustion engine to full-electric power, and though Fahad was able to get the conversion done without any issues, he realized that the maximum range for the newly converted car was about one-hundred miles.

This annoyed him to no end, so he started thinking about ways to increase the driving range of the battery pack. His wife suggested maybe solar panels on the car along with some additional batteries, and although her idea made a lot of sense, it was a pretty small car with limited space and surface area.

So, Fahad continued thinking about it, wondering if there was a way to keep the battery pack charged the same way an alternator is used in modern automobiles to charge the battery and to power the electrical system when the car engine is running. His thought process was even amenable to the idea of stopping once-in-a-while to recharge with a portable generator, inconvenient, but hey, it was an idea.

Along these lines of thought, he was working on the car in the garage one morning, thinking about the whole alternator/generator train, and he had an idea. A new type of generator that uses mechanical means instead of gas or diesel fuels to generate power, but something was missing.

Have you ever had a moment when you know something, but you don’t know how you know?

With his idea running around in his head and just out of range of that cliched ‘Eureka!’ moment, Fahad packed up his wife and 3-year-old son and headed to the local playground to let his son run amuck for a bit.

While they were there, Fahad’s wife pointed at the old-style merry-go-round that some of the kids were playing on. You know the one? Kids sit on it and an adult, or another kid, push it around faster and faster until everyone riding it is spinning like mad and holding on for dear life? All the while, the merry-go-round is trying to launch all passengers in every direction? Yeah, that one!

From that moment, the project that started off as a desire to be more environmentally conscientious and maybe wring a few more miles out of a battery pack, became a discovery that could produce electricity on a utility-scale; massive amounts of power with no negative environmental effects.

RPS-G1 is a patented Centrifugal Induced Wind Turbine Generator which produces electricity at utility scale from wind energy generated by mechanical means. It is initiated with an external motor, switching to an internal power source upon reaching peak RPM for unlimited, sustained energy production.

RPS-G1 can replace all forms of power generation. Nuclear power plants become a thing of the past, that’s no more radioactive waste to bury in our deserts. It’s that simple. And, for general industry, with their greenhouse gas emissions primarily coming from burning fossil fuels for energy, again, RPS-G1 solves this by being a clean and infinite source of power for their operations.

Power That is Always On.

Less Than Half the Cost of Traditional Utility-scale Renewable Energy Technologies.

A Clean Energy Future for Everyone

RPS-G1 solves the problem of energy intensive processes, such as using scrubbers to pull Carbon Dioxide from the atmosphere by providing a limitless, clean, and cost-effective supply of power. Additionally, RPS-G1 can power the processes which breakdown the captured Carbon Dioxide, enabling their usage instead of sequestering them. The impacts of this will help to greatly reduce the effects of Climate Change.

What Does It Mean for All of Us?

Looking at Climate Change, we can all agree that we need to stop just talking about it and take bold and aggressive action to stop it…period. People everywhere are feeling its accelerating impacts every day.

Getting right to the meat-and-potatoes of the major applications of RPS-G1 and what they mean for all of us.

According to an article on the US Environmental Protection Agency’s website (https://www.epa.gov/ghgemissions/sources-greenhouse-gas-emissions) it is stated that the three (3) largest producers of greenhouse gas emissions in just the United States are:

RPS-G1 has the capability to eliminate roughly 49.7% of those emissions.

This is a tough nut to crack. “Cars, trucks, ships, trains, and planes” need fuel, and we have things like catalytic converters to help deal with emissions, but those emissions remain overwhelming.

Electric cars are an excellent alternative, but then we get into the territory of batteries, the toxicity of battery waste, and disposal of that toxic mess. Research into better batteries is ongoing, and hopefully one day soon a cleaner and safer battery will emerge.

What RPS-G1 can do is be the source of power for universal, interchangeable batteries. Providing power to the battery-charging or battery-swapping (think propane tanks for BBQ grills) stations that could replace filling stations nationwide and worldwide.

Generally speaking, with RPS-G1, the need to store large quantities of electricity becomes a moot point, since the technology produces limitless amounts of electricity, and ‘saving’ electricity is no longer a consideration outside of not having a higher electric bill for the consumer.

RPS-G1 can replace all forms of power generation. Nuclear power plants also become a thing of the past, that’s no more radioactive waste to bury in our deserts. It’s that simple.

And, in summation, RPS-G1 is more than capable of providing clean, reliable and sustainable energy wherever and whenever it is needed. It can help defeat climate change by eliminating nearly 50% of greenhouse emissions and it can help reverse climate change by powering the energy hungry technologies that can clean the atmosphere, while at the same time creating jobs and healthier economies worldwide, and building a clean, stable energy future for all of us.

December 11, 2019 -  At the Monshaat Innovate 2019 Competition  in Riyadh, Saudi Arabia, we watched proudly as our Chairman, and the inventor of our clean energy technology RPS-G1, Mr. Fahad Abdulaziz Abduldayem, won 1st Place!!!

We are so very proud of our Chairman and our technology!!!

Thank you to everyone who has worked with us and supported us!!!

Drop us a line!